Last weekend Kevin Nealon came into town to perform four sold out shows at Laughs in Kirkland. I’m a big fan of Subliminal Man and his character Doug Wilson on Weeds and was lucky enough to get into a show and had a fantastic night. My face cramped up mid-act from all the laughing.
I love sitting in the front during comedy shows in hopes that someone I’m sitting by will get made fun of. I was with my husband Joe (who has the beard of a logger) and our friend Dave. In the middle of the act my hubby got up and Kevin Nealon pointed him out and asked him to leave. Then said, “Ladies and Gentlemen, from the Deadliest Catch”. HA! I just love it when people make fun of that mass on Joe’s face. 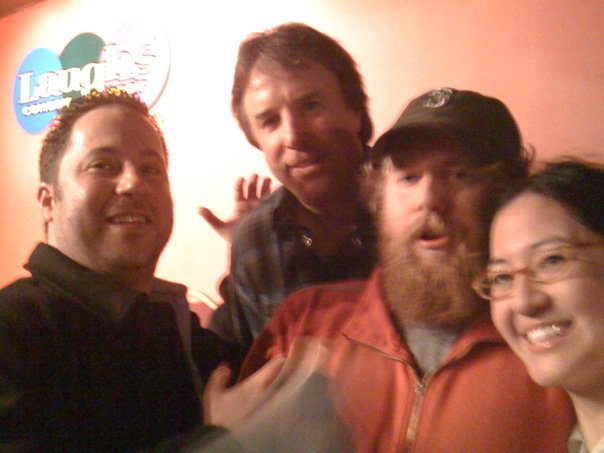 We also got to enjoy Kevin as Mr. Subliminal making fun of other people in the crowd. He had a running joke about people who answer their own questions which was equally hilarious. We even got him to sign his book “Yes, You’re Pregnant but What About Me?” for us.
Here’s a little bit he did, enjoy!