The Arena Rock Concert Evolution: Is U2’s 360 Tour the Best a Stadium Show Can Ever Be? 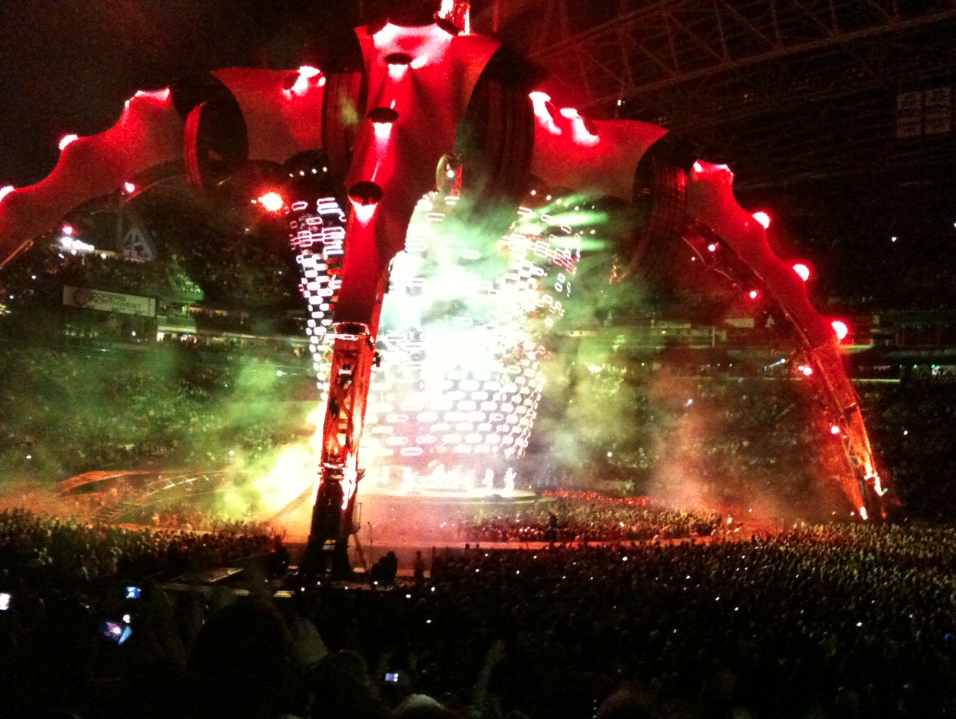 Seeing U2’s monumental 360 tour in Seattle last month left me reminiscing for weeks about all the shows that came before and the evolution of the stadium concert experience. My first arena show was in the early 80s when I was lucky enough to catch Def Leppard at the Oakland Coliseum on their Pyromania tour. My friend’s parents dropped us off on their way to see Harry Belafonte (I kid you not!). We waved goodbye to their station wagon and exchanged a “I can’t believe they actually let us come” look. Then we were off on our slow walk to the entrance, passing guys with long hair, chicks in spikey boots, Camaros blasting “F-f-f-foolin!” and vendors hawking bootleg cassettes and t-shirts. Once inside the arena, the collective vibration was staggering as we enjoyed a four hour rock and laser extravaganza, featuring opening band Uriah Heep and ended with Joe “waterfall-mullet” Elliot taking off his Union Jack shirt to reveal one with an American flag during the encore. If this was what all stadium shows were like, I was hooked.

Of course, wouldn’t we all rather see our favorite legendary musicians in a small club? Of course! Catching Pearl Jam at Seattle’s Showbox was a dream. And standing just a few feet from Chrissie Hynde a few months back here at PlayNetwork had many of us feeling like giddy teens. But as much as I crave those moments, there’s still something completely awesome and familiar about stadium rock extravaganza and the energy you feel hanging out in an arena filled with fans as crazed as yourself. 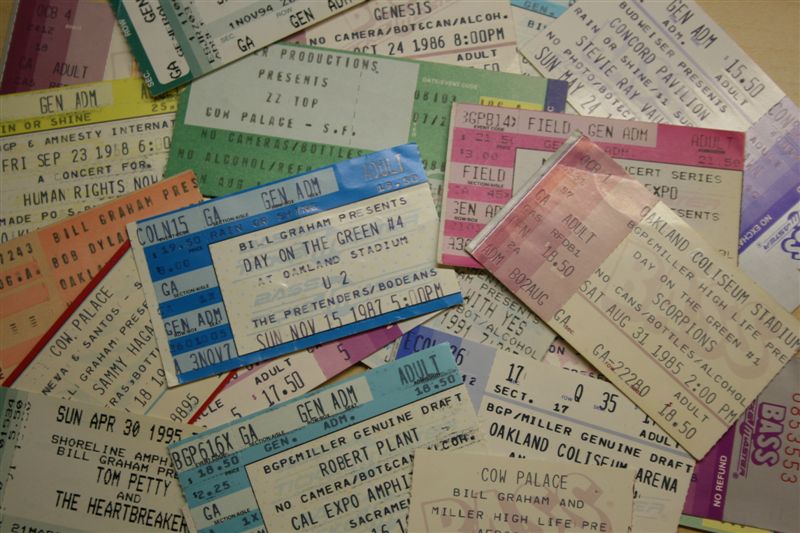 A highlight of the early shows was definitely U2, The Pretenders and The Bodeans at Day on the Green in 1987. These were general admission outdoor music festivals with several opening bands to get us through the hot afternoon, followed by headliners taking the stage after dark. I still vividly remember that U2 opened with “Where the Streets Have No Name” and the crowd lit up and it seemed like we were all jumping in unison as extreme fans tried to pinch and push their way to the front, something I definitely didn’t experience when I took-in the U2 Vertigo and 360 tours from my assigned seat. The band has been phenomenal every time. So were the opening acts (The Pretenders, No Doubt and Lenny Kravitz) and the ear-ring-inducing sound systems. But that’s got me thinking, what other parts of the arena rock experience have stayed the same? And what are the differences. I thought of a few: 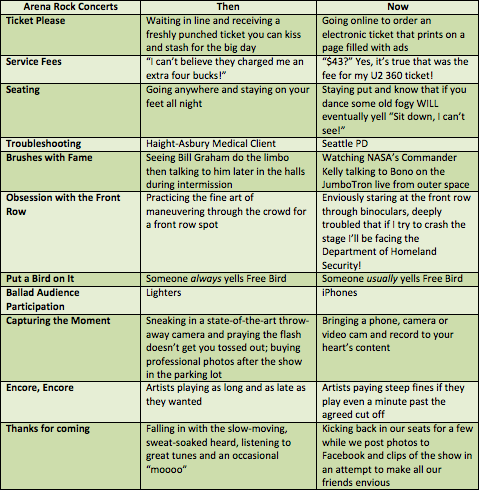 While U2’s 360 concert was a spectacle like none I’ve ever experienced, and the band is as impressive and passionate as ever, I’m not sure it was the pinnacle of the arena rock experience because of the restrictions we all find ourselves under at the big shows these days. Part of the appeal for me has always been interaction with other fans and taking all night to work my way closer and closer to the rockers I idolized on stage. If my assigned seat happens to be in row 14 center-stage, like I was blessed with for The Dave Matthews Band and Macy Gray at PacBell Park in 2001, I can live with staying put. But in all other cases I miss the wild-west of the 80s general admin culture, which can’t be replaced with better, farther reaching spectacles.  And while I’ve mostly stuck with smaller shows these past few years, there’s still a thrill-seeking rocker chick inside who won’t ever stop going to stadium shows for the remote chance I’ll get to crash the stage or that if all else fails I can just sit back, close my eyes and feel the jolt of sublime energy and complete happiness I get from sharing and loving music with tens of thousands of other fans. Rock on.

Do you agree? I’d love to hear about your arena experiences!

One response to “The Arena Rock Concert Evolution: Is U2’s 360 Tour the Best a Stadium Show Can Ever Be?”