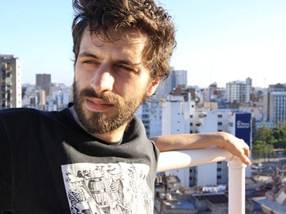 Here’s a name to share with you: ‘Mati Zundel”. This artist from Buenos Aires, Argentina is on the ZZK label, who are starting to release intriguing new Latin releases that are based on Cumbia, Urbano and Electronica dub beats.  With Mati’s new release titled “Amazonico Gravitante”, the elements he mixes are something that are not normal in the Latin world; he mixes Cumbia, Urbano, Electronica and Latin Folk to create an artisanal sound that will hopefully have other’s following in his steps.

Here’s a video of the new single “Señor Montecostes”…disfruta!