This is the last one!  This review of Grey Reverend’s record will conclude the reviews of some of our top albums of 2013. We hope you have enjoyed reading these reviews as much as we enjoyed writing them.  Happy Holidays! 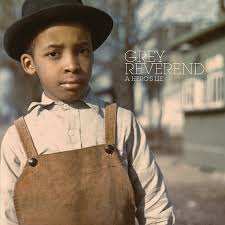 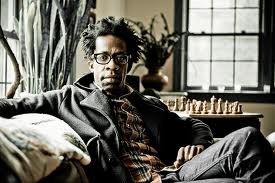 Louis Armstrong once observed that “All Music Is Folk Music, I Ain’t Never Heard A Horse Sing A Song.” Satchmo’s wit eloquently dissolves the notion that music needs to be categorized and that is precisely what I like about “A Hero’s Lie” – the second album under the name “Grey Reverend” by D.L. Brown. Steeped in serious music theory and jazz improvisation (in addition to rock and blues), Brown was on his way to becoming a jazz guitar soloist when a neurological disorder called “focal dystonia” limited his ability to play such complex and intricate music. Undaunted, Brown purposely leaned inward toward a more direct subtle, melodic, thoughtful, thankful, literate side of songwriting. The highly complex became more accessible and sincere; jazz music became folk music; and by ordaining himself as Grey Reverend, D.L. Brown discovered an emotional connection to an audience willing to defy and transcend musical categories.