Hi, my name is Brittany Ward and I’m a Music Supervisor at PlayNetwork. My job requires an eclectic music taste, but my personal tastes range from hip-hop to country with everything in between. I love discovering new music and my favorite sounds to listen to have a blend of multiple genres. Below, are some of my crossover songs I’ve been listening to lately.

Hailing from the Seattle area, Parisalexa had a busy last year appearing on the TV show Songland to perform a song she wrote in front of Charlie Puth and other judges who gave her the praise all of us in the Northwest knew she deserved. She’s been on my radar for quite some time but her new music is making a leap into a new level of R&B pop music.

Margo Price has been one of my new favorites in the country music genre and now she is taking a turn into the rock realm with her new album dropping May 8th, produced by Sturgill Simpson. It still sounds country and this song is a perfect example of what blends of sounds are to come from her.

One of the most versatile artists of the current time, Thundercat not only makes incredible albums, but he also has probably played instruments on your favorite artists’ songs. Not so much a crossover track as just a diverse alternative R&B sound throughout all his new album It Is What It Is. This song is about Mac Miller who passed away in 2018 and who was close friends with all the artists on this song. 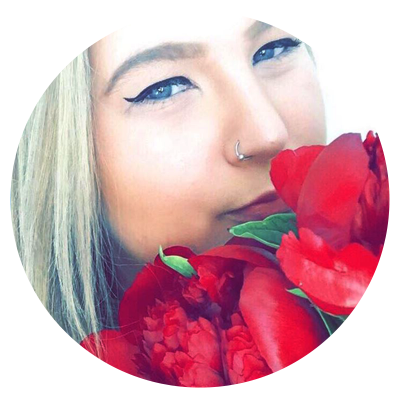 Hello! My name is Brittany Ward and I am a Music Supervisor at PlayNetwork.

My love of music comes from the eclectic tastes I was introduced to growing up, from listening to Nirvana and The Beatles with my dad to Alan Jackson and Chicago with my mom. I was also a competitive figure skater and chose all my own music and would piece it all together (with cassette tapes!). I discovered my love of rap music at a young age after watching music videos on TV and downloading music on Limewire (when that was popular).

I graduated from Washington State University with a degree in journalism and during my time there was involved in many forms of radio, including having my own hip-hop show every week where I met many people across the state in the Northwest hip-hop scene, which was growing rapidly at the time. After graduation, I worked with many artists, venues and influencers in Seattle. Giving back to the music community is important to me, so I volunteer my time at places I love such as KEXP and the Museum Of Pop Culture.

At PlayNetwork, I started on the front lines in Customer Service for 4 years, then moved to the Associate Music Supervisor position where I reviewed and listened to a TON of music. Now, I’m a Music Supervisor so my knowledge of the company is vast. I love working with customers where I can curate content from the pop and rap music I discover all day at work and at home.