As the world slowly starts to turn towards a return to normal (or as close to it as it can, I guess) it is great to see (and hear) that so many excellent artists have put their quarantine time to as good a use as they can. The amount of really quality songs coming our way these days is just simply inspiring. Here is a small selection of some of those that I hope you’ll enjoy as much as I do.

Track: Nobody Takes Me Seriously

Having been around since 2009, Australian favorites, Lime Cordiale have crafted a sound that is familiar yet engaging. With their take on Split Enz – “Nobody Takes Me Seriously,” they really bring a nice groove to a previously angular song. Perfect for throwing into that mix for hitting the road or backyard bbq-ing this summer for sure.

Warpaint returns with their first new song since 2016. It is such a dark and brooding cut that it would fit perfectly in some sort of real tense and moody soundtrack, which works out well as this song shows up in an episode of HBO’s Made For Love. Equal parts haunting and brooding this cut finds a way inside your head and doesn’t look to leave anytime soon.

Track: Music Sounds Better With You

Neil Frances really brings the late-night party mood with “Music Sounds Better With You.” If there were ever a genre known as “Late Night Disco” (though I’m not sure there isn’t) this song would be at the top of the charts. This song has such a fantastic vibe, it is impossible to not move along to the beat. 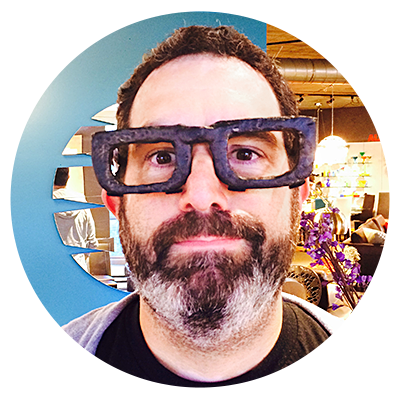 Hi, I am Pete Greenberg, a music supervisor at PlayNetwork with more than 15 years of experience in the music industry.

My passion for music began as the alternative music director for my high school radio station in the early 90s. After continuing into college radio, I switched to independent concert promotion working with a ton of great bands from all over the Northwest. I moved to Seattle in 1997 and joined the ranks of Sonic Boom Records for several years before eventually moving on to handle the booking duties for The Crocodile Café followed by Chop Suey.

Most recently, I shifted out of the club world and into corporate life, working on programming for Microsoft’s Groove Music program (previously Xbox Music). For Microsoft I covered UK and Ireland territories while also having a hand in curating music channels and playlists for Italy, Belgium, and Spain. Finally, I have landed at PlayNetwork as a music supervisor!

Personally, I am a big fan of the Northwest music scene, New Wave, and a lot of current indie-type-dad-rock stuff (for example, Wilco, Tallest Man on Earth, X). I have also started a small vinyl reissue label dedicated to celebrating some of the great artists of the Northwest who have released phenomenal albums (or, in some cases, never got the chance to release them “officially”).

Other than music, I’ve been married for four years, have a two-year-old kiddo, a dog that my wife and I rescued on our honeymoon in Aruba, and strong opinions about most snack foods.