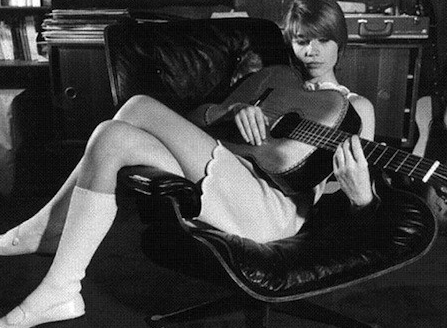 The Transcendent Sounds of the Yé-yé Movement

It’s hard to go wrong when picking a soundtrack to your summer, but some genres lend themselves to the dog-days of sun and salt with effortless ease. Yé-yé is such a sound, with evergreen relevancy that combines a Kodak-filtered nostalgia with tongue-in-cheek lightness that’s as fun today as it ever was.

A fusion of Western European and American stylistic elements, yé-yé rose to prominence in the early 1960’s featuring primarily French artists. Translating to “Yeah! Yeah!” the movement can be traced back to popular French radio show Salut les copains, which dominated drive time airwaves throughout the week on French radio station Europe 1. The show served as a springboard for most yé-yé artists such as Françoise Hardy, Sylvie Vartan, and Johnny Hallyday.
Mixing rock, pop, baroque, exotica and traditional French chanson, yé-yé gained further cultural traction for the visual element affiliated with the music. Paying homage to classic rock and roll grandeur, a subtle restraint made the faces of the genre undeniably chic. This duality matched the lyrical content of many songs, which relied on double entendre to lead the listener to the crossroads of innocence and sensuality, while allowing them to choose which path to interpret and enjoy the music on.

While yé-yé enjoyed a fruitful reign throughout the 1960’s, the elements of tropical ersatz have transcended eras. Coming to prominence in the mid to late 1990’s, Shibuya-kei was a Japanese microgenre that created its own unique sound of J-pop, soul, and lounge while still relying on 1960’s and Western pop music. The term “Shibuya-kei” comes from Shibuya, a culturally rich area in Tokyo which housed larger record stores boasting diverse catalogs and obscure genres. Truly a result of the emerging global nature of music, Shibuya-kei can be interpreted through a postmodernist approach to camp, or can just as easily be appreciated for its ability to make the listener feel as buoyantly happy as its 1960’s counterpart.

Transcendent still, if you recognize the yé-yé tracks included in the accompanying playlist you might remember them from a Wes Anderson or Quentin Tarantino flick. Ultimately yé-yé pairs especially well with the sun-bleached nature of late summer with its equally carefree and refreshing charm. Eschewing strict societal confines, yé-yé embodies a youthful turn of cheek and an embrace of the present.

Delightfully playful, this Bardot track embodies the genre’s ability to rely in equal parts in lyrical wit, as well as brash instrumentation.

An infectious and catchy groove takes your hand and guides you through the journey of this France Gall classic.

Emblematic of the genre, intoxicating guitar rifts meld with freeing percussion meant to fill the dancefloor. 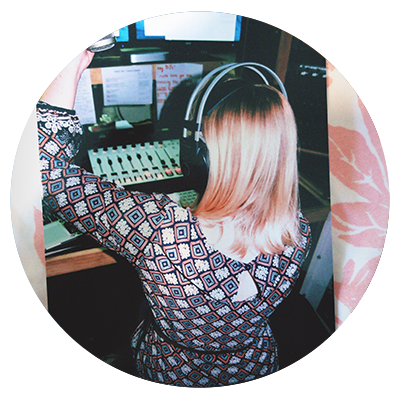 I’m Kate Siem, an Associate Music Supervisor here at our lovely Redmond office. Working here has been a perfect fit, a professional outlet for a lifelong personal love of music.

It all started with an obsession with the local oldies and Motown radio station as a child and transformed to include the many surf, garage and punk DIY shows I started attending during my high school years in Southern California. Once in college I immediately joined the college radio station, KVCU 1190. During my tenure in Boulder, CO, I made sure to stay on-air, with radio shows ranging from riot grrrl to city spotlights. Having promoted, attended and enjoyed a milieu of shows in the Denver/Boulder area I found myself in the Emerald City just over three years ago.

Once here I dove into Seattle’s new (to me) and mysterious music scene. I began working with a group that booked shows, tours, put out local comps, and a whole gamut of music related activities. My focus was on garnering press hits both locally and nationally for the artists we worked with but got my hands dirty with everything from working door at shows, stage managing, working merch and everything in between.

Prior to working at PlayNetwork I was in the promotions department at KOMO/Star 101.5, did copywriting and marketing content for local nonprofit Northwest Center, held the keys for CU Boulder’s social channels, and worked with PR firm CSG in Denver. Excited and humbled for my next chapter to be with PlayNetwork!