I’d heard of Interpol before I’d heard the music. Everyone was talking about Joy Division this, Joy Division that, and i just couldn’t be bothered by something like that. However, on the way back from a trip to Hollywood’s Amoeba Records, sitting in the back of my managers car, he put on their self-titled EP…

At deafeningly loud levels, I was converted. And i fell especially in love with this song…

I don’t think they sound anything like Joy Division actually. That’s just lazy journalism! Anyone with a passing knowledge of pre-Nirvana alternative music and ears to hear will tell you that Interpol are a blend of The Chameleons UK and Kitchens Of Distinction.

Interpol released 3 albums since that car ride and I’ve enjoyed them all and now they’re ready to release they’re fourth album which is to remain untitled. 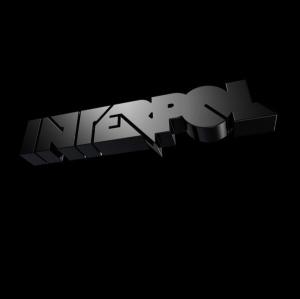 They’ve lost the coolest bass player to come along in two decades in Carlos D (who is in fact on the album), but will soldier on as a 3 piece (with hired guns to fill in, I suspect).

The new video is terrible, but the song is good so let’s give it a go…
Here’s ‘Lights’

You can find bootleg live versions of the new tracks online; if you’re into spoilers. However I’m going to wait until I can get my hands on the record. I don’t want poor quality phone video sound to be my 1st impression of a long awaited record. If cannot wait, find the band on tour HERE! Otherwise, the album gets it’s release September 7th, and can be pre-ordered HERE!