Hello! I’m Patrick Milgram, an Associate Music Supervisor here at PlayNetwork. There’s been so much great music over the past year and here are three albums I spent a lot of time getting lost in.

LISTEN TO THIS MONTH’S PLAYLIST >

The fifth album from these Drag City psych-rockers, Laughing Matter is so many things at once and I love it all. Described as an album about “love in a time of terror,” the music spans from darker, dystopic tracks reminiscent of Kid-A era Radiohead to lighter acoustic cuts that serve as beautifully hypnotic counterpoints. By the time you finish the first four songs it feels like you’ve witnessed the apocalypse, heard the dust gently settle, and then emerged for a breath of fresh air.

Roberto Carlos Lange’s sixth album and is likely my most played album of the year. As perfect on Sunday mornings as late nights during a long week, this blend of transportive experimental pop and synth laden folk ballads never fail to offer relief. Even with lyrics addressing contemporary societal issues, you can’t help but feel like everything will be alright when they’re wrapped in Lange’s gentle vocals.

Last year Cate Le Bon relocated to a mountainside in Cumbria, where she lived alone, learning to build furniture during the day and spending her nights sitting at her cabin’s piano. This daily routine led to the creation of her fifth album, Reward – 42 beautiful minutes of introspective and off-kilter art pop. Both eccentric and melancholy, Le Bon’s idiosyncratic touches throughout the album really draw you in, almost like you’ve dragged a newly carved chair right up next to her at the piano. 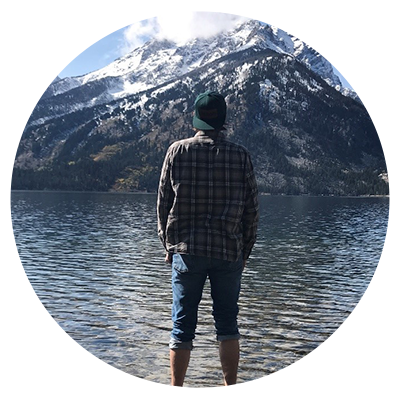 Hello! My name is Patrick Milgram and I’m an Associate Music Supervisor at PlayNetwork. Prior to joining the team here I was working in Digital Advertising in NYC. My passion for music and the outdoors ultimately led me to Seattle where I’ve been involved in the local music scene however and wherever possible - this has included DJ assisting, stage managing, and helping run sound at venues. Simply put, music has always played a very significant role in my life and I couldn’t be more excited to have found an opportunity where I can continue to learn and be surrounded by people with a shared passion.