2020 was the year the world stood still, as the COVID-19 pandemic spread and took music legends like Harold Budd and Manu Dibango from us and propelled the whole live music industry into crisis. Sonically, it felt like a strong year in music, as some artists powered through and soundtracked the year’s events: Taylor Swift addressed love and loss in isolation while remotely writing and recording her album Folklore alongside contributors Jack Antonoff and Aaron Dessner, as they all quarantined separately. Anderson Paak’s compelling soul-funk protest song, “Lockdown,” touched on the pandemic, systemic racism and police brutality after the death of George Floyd. Jorja Smith’s powerful cover of St. Germain’s Rose Rouge featured a video of Black Lives Matter protests from around the world, in a moving montage, leaving an impactful and soulful sentiment.

This record has been on heavy rotation since its release in October. Berninger’s (better known as the frontman of US alt-rock behemoths The National) solo debut is a laid-back and effortlessly cool album. Aided and produced by Memphis legend Booker T. Jones, alongside a long list of contributors including Matt Barrick (The Walkmen, Jonathan Fire*Eater), Andrew Bird, Gail Ann Dorsey (David Bowie, Lenny Kravitz), Harrison Whitford (Phoebe Bridgers), and a whole host of others.

Serpentine Prison feels like a return to form for the frontman. While I lost track of The National in the latter years, they are an important band in my life as they were the first-ever show I put on back in 2001 and led me to be a music promoter in Bristol for the following 9 years. The album sounds very in tune with the band’s early folk-rock ballads and brings Berninger and his love letter style lyrics into their element with Booker T’s soulful tone, giving this humble record a potent musical hook throughout. 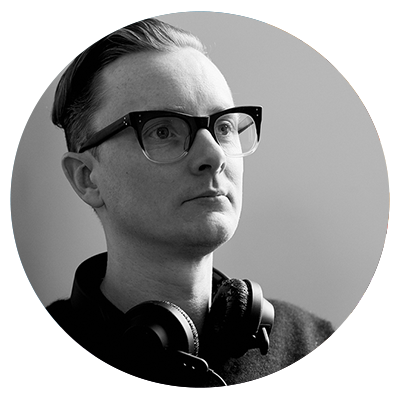 Hi, I am Matthew Hayman, a Music Supervisor at PlayNetwork in our London office. I’ve been working in the music industry for over 20 years, where I have curated music for an array of influential and prestigious brands, venues and events throughout the world. Starting out in early 2000 as a promoter, artist and label manager, my focus more recently has been as a DJ and music curator. I have been especially lucky to have DJ'd in cities from London to Berlin and during this time, work with an array of incredible musicians throughout the world.