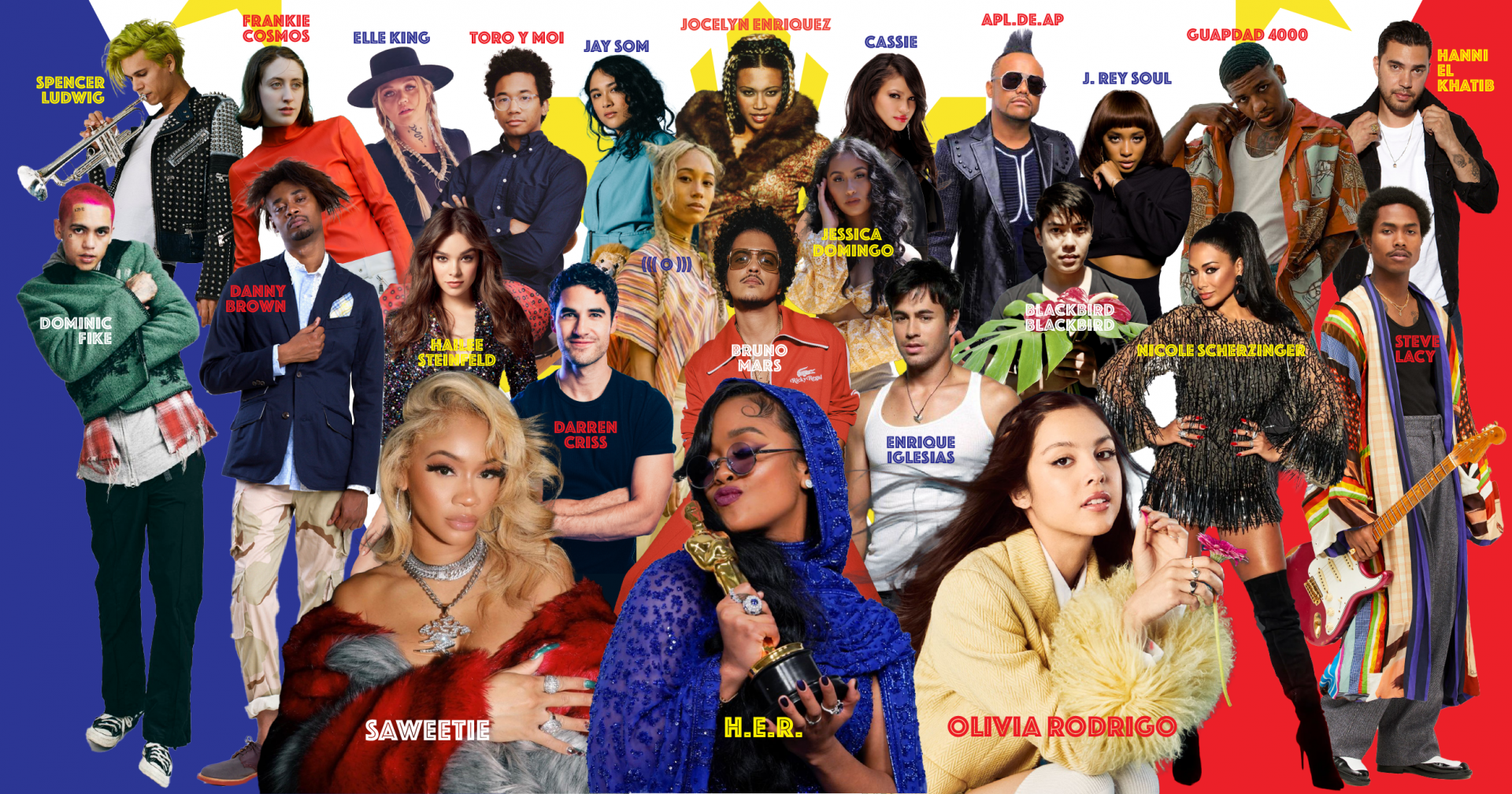 The month of October is recognized as Filipino American History Month which honors the history, pursuits, accomplishments, and legacy of Filipinos in the United States. As a Filipino American myself, I wanted to highlight some of the many artists in the music industry that also have Filipino heritage in their background.

Growing up in the suburbs of Seattle, it was rare to see people that shared the same background as me in my neighborhood, at school or watching a movie or a TV show. Whether it was a professional athlete, an actor, a musician, and even Miss Universe — anyone that had just a drop of Filipino blood in them would be considered a fellow family member or someone to be proud of for their representation and making it onto the scene.

More recently, I’ve noticed a lot more of these artists making names for themselves and proudly honoring their Filipino heritage such as Darren Criss, who is probably better known as an actor and musician from Glee. Criss also won a Golden Globe for Best Actor in a Performance in a Limited Series or Motion Picture Made for Television by playing Andrew Cunanan (who in real life was also half Filipino but not someone to be proud of) in The Assassination of Gianni Versace: American Crime Story and dedicated his award to his mother and referring to himself as “the son of a firecracker, Filipino woman.” Apl.De.Ap from the Black Eyed Peas, who was a judge on The Voice Philippines, discovered J. Rey Soul and she is now the new singer of the Black Eyed Peas (both Apl.De.Ap and J. Rey Soul share the same ethnic mix being half Black and half Filipino). Bruno Mars is one of the biggest stars out there so, of course, when Filipinos found out that his mother was from the Philippines, it made headline news back in the homeland.

In this month’s playlist I’m featuring some artists that you are already familiar with, and some that may be new to you, from various genres like R&B, Hip-Hop, Electronic, Pop, and Rock. All who share at least one thing in common — other than music — being proud of their Filipino heritage. Mabuhay!

Track: Fight For You – From the Original Motion Picture “Judas and the Black Messiah”

Gabriella Sarmiento Wilson is her real name and is the daughter of an African American father and Filipino mother, but goes by the acronym H.E.R. which stands for “Having Everything Revealed.” As a child prodigy who can sing, play the piano, drums, and guitar, she signed her first record deal with Sony at age 14. When she first released her first EP in 2016, the album art just featured a silhouette of herself because she wanted listeners to appreciate the music and not associate a face with it. 5 years later she is now one of the biggest talents and has her own signature Fender Strat. She has also won multiple awards including Grammys and also an Oscar for Best Original Song, “Fight For You,” from the film “Judas and the Black Messiah.” She finally released her first full length album, Back Of My Mind this past summer and will soon make her acting debut in “The Color Purple,” a movie musical.

Diamonte Quiava Valentin Harper, better known as Saweetie, is a rapper from the Bay Area, and is also the daughter of an African American father and Filipino mother. She began posting herself rapping on her Instagram account in 2016. One of her videos went viral on the internet and the rest is history. Since then she has been releasing singles and EPs and is now planning to put out a full album possibly next year. She’s worked with other artists such as Doja Cat, Jhene Aiko, and Gwen Stefani. Besides being a talented rapper, she collaborated with McDonald’s for the Saweetie Meal this past August and is now MAC Cosmetics’ new Global Brand Ambassador.

At the age of 18, Olivia Rodrigo is one of the biggest pop stars to emerge this year. Born in 2003, her background is Filipino from her father, and German and Irish from her mother. She began as an actress on the Disney Channel when she was 13 and was on “High School Musical: The Musical: The Series.” In 2020 she signed with Interscope and Geffen Records and her debut single, “Drivers License,” which was released this year, topped many charts and was her introduction onto the music scene. Her album, Sour, came out in May and debuted at number one on the Billboard 200. This past July, she was involved in a White House effort to promote COVID-19 vaccinations among young people in the U.S.

Hi! I am Chris Robles, a music supervisor at PlayNetwork, and I have been in the music industry since 1999.

I can’t remember when I haven’t been listening to music. Growing up my parents always listened to music around the house. As I got older, I shared music with friends and we watched a ton of music videos (I mean, who didn’t?).

My love for various styles of music and my experience of understanding the music branding industry is probably what drove me into the music business. I started working in production, and later joined a promotion company where I designed promotional material. I also worked to book DJs and bands like George Clinton & Parliament, Spinderella, Questlove, Pete Rock, and DJ Lord (Public Enemy), to name a few.

I started at PlayNetwork in 2009 and continue to multitask, working with clients that span the retail landscape—fashion, home décor, hotels, bars and restaurants. I love discovering new music I know will work perfectly for one of my brand partners. And by far, the best part about working at PlayNetwork is being in a creative environment with a group of talented people.