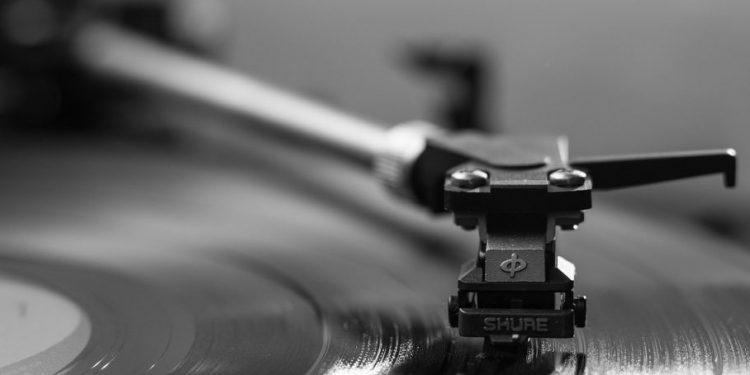 Like most music nerds who live and breathe all types of music, the last few months before the end of the year are spent either getting ready for a new year of great music releases or spent trying to make your best-of list for the year.  When I took the reins years ago on managing these monthly music discovery blogs for our multi-talented music supervisors, I knew that I would not only be listening to some amazing music, but also be taken on a musical journey through the minds of other like-minded music supervisors like myself.

Below are some artists and sounds that grabbed my attention this year, but in the accompanying playlist, you’ll find the best-of music curated by our team of music supervisors this past year.  There’s some amazing stuff on there for your ears!

Meeting in Baltimore’s Indie scene in the early 2000s, Victoria Legrand and Alex Scally formed their band, Beach House, as a duo as a way to challenge themselves.  Multiple albums and countless incredible live performances later, this band is hitting its stride.  Mixing elements of Psych Rock with Dream Pop Soundscapes will make you feel like you’re bouncing around white puffy clouds while daydreaming about floating above.  Their latest release ‘Once Twice Melody’ is being released as chapters with its final version being an 18-track opus arriving in January.  Of the first chapter released comes their song Superstar, a 6 min long shoegaze masterpiece that starts off light and grows with each pulsating electronic beat to its tantalizing finale.

Few bands leave such a lasting impression, where pretty much everything they release is pure joy to my ears.  I still remember where I was when I first heard their spectacular cover of Technotronic’s Pump Up The Jam.  Mixed English and Spanish lyrics coincided with the electronic beats that took this song up a notch, and I was blown away to the point where I stopped what I was doing so I could walk up to the DJ at some dark club in NYC to ask what they were playing.  This Colombian electro fusion band mixing elements of cumbia, salsa, alternative and psych pop is the brainchild of Simón Mejía who along with vocalist Liliana (Li) Saumet have been making hips sway since 2008.  By 2010, they were blowing people’s minds with a world tour that had them performing at SXSW, as well as the Coachella Festival and Austin City Limits.  With their latest release ‘Deja’ comes their song Se Acabo, which has their signature groove sound with pulsating beats that made people like myself, take notice all those years ago.

Track: Delivering Me From Wondering Why

Growing up during the 80s and being obsessed with bands such as Orchestral Manoeuvres In The Dark (OMD), New Order, Depeche Mode or anything that resembled the electronic sounds of New Wave and Post Punk, I was surprised when someone sent me a note and a song from this Brooklyn-based band.  At first, I thought this was from a band that I had missed knowing about from my childhood.  The note just said, “You Have To Listen To This” and the song in question was September Again.  Like any sane person who is obsessed with music, I went down that great rabbit hole and devoured everything I could find about this band.  With their latest release ‘A Way Forward’ out now and getting amazing press coverage, the sky’s the limit for this band.

As the youngest of three, I have my older brothers to thank for my eclectic taste in music which ranges from The Beatles to AC/DC and everything in-between – throw in my early teen years in the 80s when I discovered music on my own, and you have to add Post Punk bands like Joy Division and New Wave music. I really just love all things music.

It all started out in Southern California at 16 with my first job at a record store called Licorice Pizza, which grew into radio work, then onto music branding companies such as Muzak and landing here at PlayNetwork in 2011. Working in this industry for so long, I can honestly say that the best thing I get out of all of this is being able to discover new music from all over the world that could be new to someone’s ears.

If I’m not trying to find that perfect song for one of our many brand partners or contracting with Slacker Radio as a music curator, you may catch me browsing through the bins at local record stores in Seattle, at my favorite dive bar with a glass of whisky in my hand or catching a live show. My favorite thing to do in my free time though, is just hanging out with my wife and teenage son either going to a Sounders game, out to dinner or just binge watching Netflix shows.