Welcome to review 2 of 10 for the top albums of 2013.  Stayed tuned for another tomorrow! 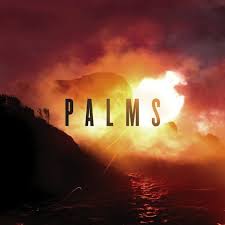 I could easily write about each album on my Top 10, but I’m gonna single out my #4 entry because I think it might have been lost on most of the general public for whatever reason, and I want to let people know just what they’re missing out on. Palms is a side project featuring Chino Moreno (Deftones) and three members of the now defunct post-rock behemoth, Isis – bassist Jeff Caxide, guitarist Bryant Clifford Meyer and drummer Aaron Harris. Combining the luscious musical landscapes sculpted by Caxide, Meyer and Harris with the dynamic vocal abilities of Chino, one would assume the music to be equal parts Isis and Deftones – but therein lies the beauty of this record, it sounds nothing like either! This self-titled debut is more ambient driven shoegaze than straight up post-rock heaviness that most expected when this project was first revealed to the masses. Chino does very little screaming on this album, and much more singing and crooning, while the dudes from Isis create beautiful music-scapes that have more composition and direction than what they did previously. But, if you are a fan of either Isis or the Deftones, don’t be dissuaded by what I’ve written thus far, because they do give you tastes of what you would expect … it’s just in very small doses, peppered in to heighten the anticipation of this ethereal debut (check out “Short Wave Radio”, delves into some of the beefier riffs and screaming vox towards end of song). The album only features six cuts, so it’s more of a debut EP, in my opinion, but since the album clocks in at just under 47-minutes, you can tell each track is epic.